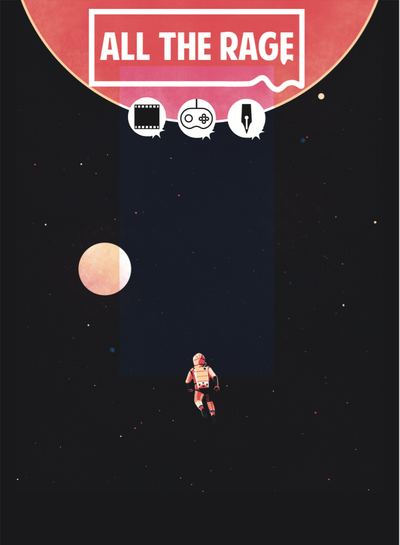 All The Rage is an entertainment magazine divided into three sections discussing: film, gaming and slow journalism. We decided to add a section on slow journalism to All The Rage as films and games can be embedded to the outside world and issues in society which can be discussed beyond the medium of film and games.

This is our first ever issue of All The Rage magazine! The infinity issue is made up of ten features as well as a section of smaller articles looking at films and games that have caught our attention these past few months.

Here are three features from each of the film, gaming and slow journalism sections of All The Rage:

All pre-orders are currently 25% off at £6, but will bump back up to £8 a few weeks after publication! Make sure you secure your copy of All The Rage now and you'll be one of the first people to be holding our magazine!