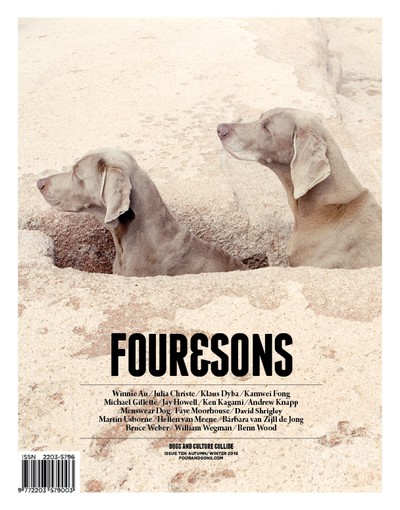 Covering art, design, fashion, music and lifestyle, Four&Sons brings together an eclectic mix of inspiring 'dog-centric' content to dog-lovers passionate about culture and creativity. Like most, we love fresh new content yet, Four&Sons is committed to bring you the best insight into everything dog-related, and that sometimes means looking a bit further back. Curated with a strong editorial approach and written by people who find dogs a constant source of inspiration. 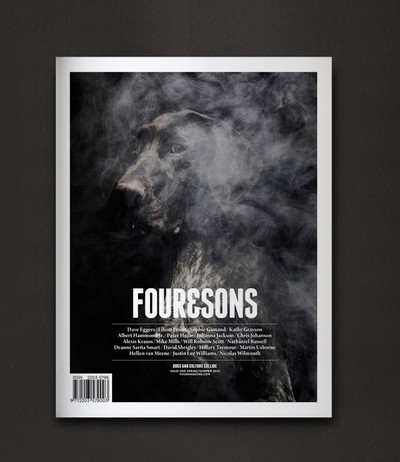 In our premiere issue, we pay homage to iconic photographer Elliott Erwitt, whose waggish black and whites of such figures as Marilyn Monroe and Fidel Castro are rivaled only by hundreds more of dogs.

There are tales about dogs real (Nipper, the HMV dog) and imagined (Dave Eggers’ star-crossed mutt). And we’ve dug up an obscure collection by Peter Hujar—he of the infamous “Candy Darling on her Deathbed”—starring animals and nudes.