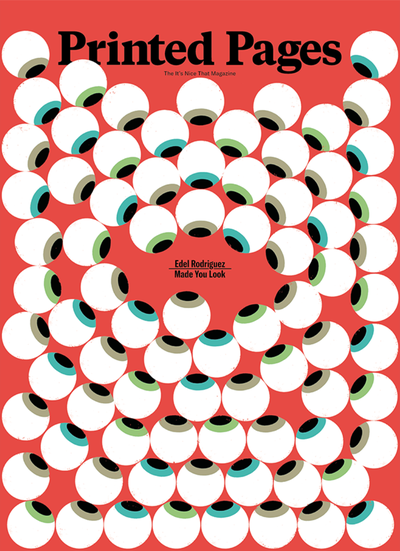 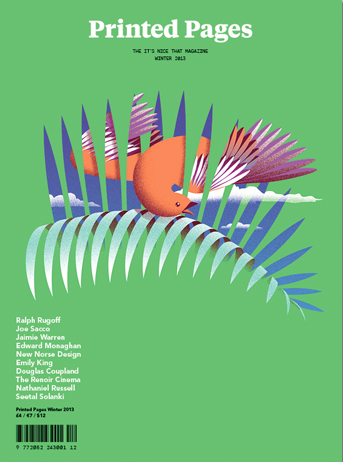 The Winter edition of Printed Pages is perhaps our best yet, with a striking cover illustration from Antipodean illustrator Jonathan Zawada housing some truly top content.

We've got interviews with the Hayward Gallery's daring Director Ralph Rugoff discussing his outsider status in London's art scene and Emily King on her career as a design historian. Joe Sacco talks to us about his incredible career in war comics, Jaimie Warren shows us her brilliantly bizarre photography and legendary author Douglas Coupland discusses his time designing magazines in Japan as well as the design references that permeate his fiction.

Elsewhere there's features on the rapidly changing face of Scandinavian product design, an illustrated mix tape from the brilliant Edward Monaghan and a behind-the-scenes look at one of London's finest art-house cinemas; The Renoir. Nathaniel Russel tells us to high-five more cool kids in his Nice feature and Seetal Solanki discusses her turbulent relationship with an ugly set of headphones.