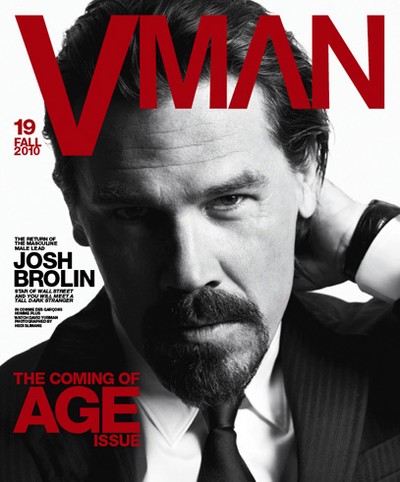 INDIE’S NEW IT-BOY Nathaniel Brown’s acting debut is a total trip FILMING OF AGE Required viewing: twenty formative films for boys to men THE NEW AUTEUR Provocative French director Romain Gavras makes his fiery big screen debut THE OTHER WORLD CUP Catch the stars from our first-annual Male Model World Cup DRINK BY THE NUMBERS The ultimate list for a lifetime of happy hours THE HEF IN 10 PICTURES The Playboy founder shares his favorite moments caught on film STYLE A NEW HERITAGE Woolrich designer Daiki Suzuki passes the torch FALL ESSENTIALS The best new ways for men of every age to stay warm and still look cool VMAN NEWS From designer debuts and digital accessories to seasonal scents and special-edition speedboats, it’s the best of what’s fresh for fall DRESS YOUR AGE Men’s fashion fit for every stage and every phase THE FOUNTAIN OF YOUTH They’re not magic, but these potions can help you keep your boyish good looks THEN & NOW Richard Burbridge unearths his fashion photo time capsule FOR THE BOY WHO WANTS EVERYTHING… AND THE MAN WHO HAS IT Toiletry kit essentails, whether you’re traveling for business or pleasure THE SORRENTI CODE Angelo Sorrenti drafts the blueprint for the perfect body—no magic required

VMAN MOMENTS Our favorite photographers, figures, fashions, and faces from the first seven years PORTRAIT OF A PHOTOGRAPHER Richard Avedon, Steven Meisel, and Jean-Paul Goude—on the other side of the lens THE WORLD’S FIRST MALE SUPERMODEL Jeff Aquilon may have eased out of the model life, but you’d never know by looking at him WRESTLE AGAINST TIME Arrive fashionably, but never late FASHION A DAY ON WALL STREET BY JOSH OLINS MOTHER & SON BY SEBASTIAN FAENA MEN IN THE HOOD BY CEDRIC BUCHET BOYS TO MEN BY WILLY VANDERPERRE DOUBLE TAKE BY KARL LAGERFELD THE WINTER OF OUR LIVES BY BEN TOMS HEARTBREAKERS BY RICHARD BURBRIDGE