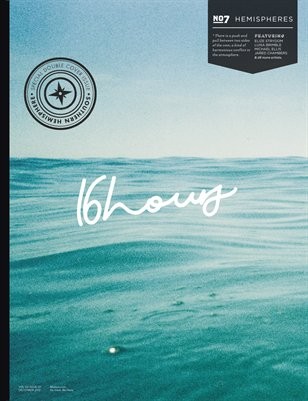 16HOURS was created to motivate its readers to go beyond only reflecting on words of inspiration, but to also live by them. To get up, go out and start exploring. We believe theres inspiration everywhere and in everything, you just need to go out and find it.

There is a push and pull between two sides of the coin; a kind of harmonious conflict in the atmosphere. There is crunch of the white that sticks to the dry pavement and the small landslide caused by feet sinking in hot beige sands. A heat wave sort of holly jolly and an explosive kind of snow fall within the same timespan. There is whisper among the seasons west and the weather time east—as if the divergence in settings have been agreed upon where the seas touch and winds meet. There is fascination found in contrasts; in the way the North and South share the same breath and yet one exhales snow while the other feels the lick of fire. This is Hemispheres.