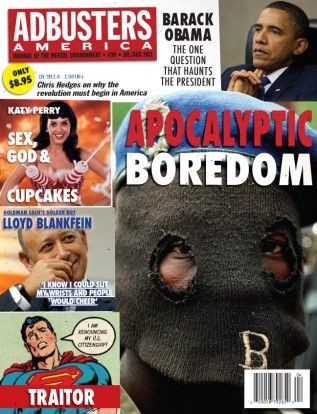 Creative Director: Pedro Inoue Chris Hedges on why the revolution must start in America Micah White proposes a unified theory of mental pollution Darren Fleet discusses the rising competitiveness plaguing university campuses Alastair Crooke on Israel's endgame Laurie Penny discusses the UK's increasing revolutionary fervor Richard Neville on the spark that lights up Australia We wonder: "What's next?" after the stock market crashes and the global economy shuts down and much more ...