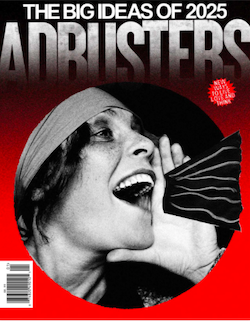 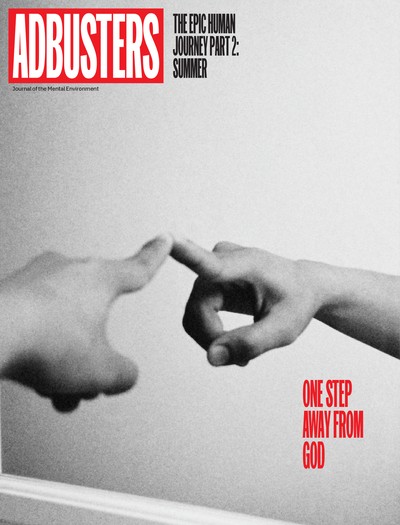 The history of the West is one of creeping abstraction. Science from Nature. Human from Soul. Finance from Economy. Art from Mind. Us from each other. Follow along with us as we take you on a five-issue journey through the long march of humanity on its road to Now. Who are we? Where did we come from? Where are we going? Can we find the wild human spirit that can kick in to avoid nightfall?

Pankaj Mishra and the Postcolonial Enchantment Abstraction: the crowning achievement or fatal flaw of Western Civilization? Micah White on the rise of Al Qaeda’s black flag and an altermodern Caliphate Trudeau versus the Cowboys by Darren Fleet World War Three has already begun Rebooting America’s foreign policy Dead End Art and the Mexican drug war Pico Iyer’s Masters of Doing Nothing at All Coked out – High Frequency Trading’s strung out roots Pachama and the ecological economy Obama’s Hamlet Presidency

Clusterfuck – Syria and the new mode of war