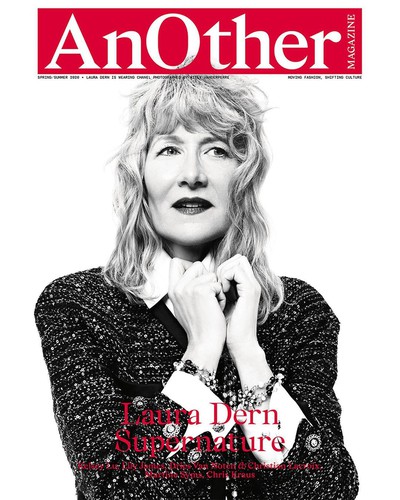 AnOther Magazine's launch in 2001 heralded a new chapter in magazine publishing. Its blend of high fashion and world-class photography with features on the arts, politics and literature continues to make each beautifully crafted edition a collectors’ item. 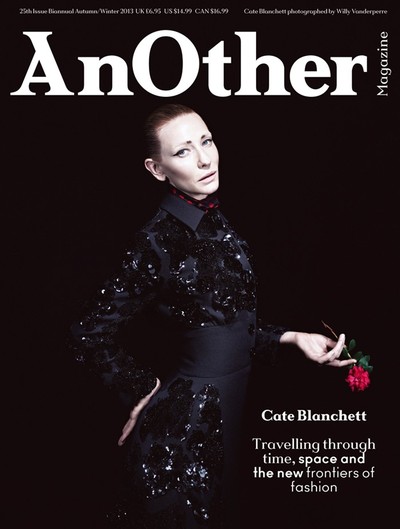 This autumn, the extraordinary Cate Blanchett graces the cover of AnOther Magazine’s 25th edition, guest-edited by stylist Olivier Rizzo. Blanchett, star of Woody Allen’s forthcoming film Blue Jasmine, evokes the theatricality and decadence of a new wave Berlin with elegance and wit in a Willy Vanderperre shoot styled by Rizzo. Inside, the Oscar-winner speaks candidly to Turner Prize-winning artist Douglas Gordan in an illuminating two-part interview about transformative moments both in performance and in life. See our exclusive film featuring the actress, shot by Michael Cleary, here.

The issue also features a collection of stories inspired by transformation and travel. Maria Grazia Chiuri and Pierpaolo Picciolo, the creative directors of iconic Italian fashion house Valentino speak to Susannah Frankel about their graceful version of modern beauty from their atelier in Rome, and their key looks for this season are captured in a magical story shot by Jeff Bark and styled by AnOther Fashion Director Katie Shillingford.

Tino Sehgal, the Turner Prize-nominated artist of the moment speaks to long-time friend and curator Hans Ulrich Obrist about his pioneering art in a discussion spanning geography and time. Hollywood actress-turned-rancher Patrice Wymore (star of the original Ocean’s Eleven), opens the doors to the Jamaican estate she shared with husband Errol Flynn and remembers Port Antonio in its 1950s heyday. Retired astronaut Eileen Collins, NASA’s first female Space Shuttle commander, looks back on her voyages into orbit and forward to the future of space travel.