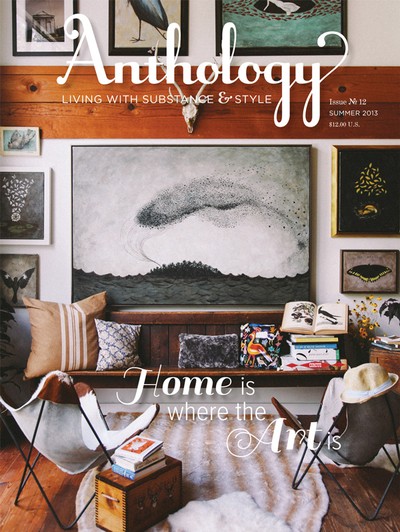 A shelter and lifestyle magazine that takes a narrative approach to its coverage of home decor, travel, design, entertaining, and culture. 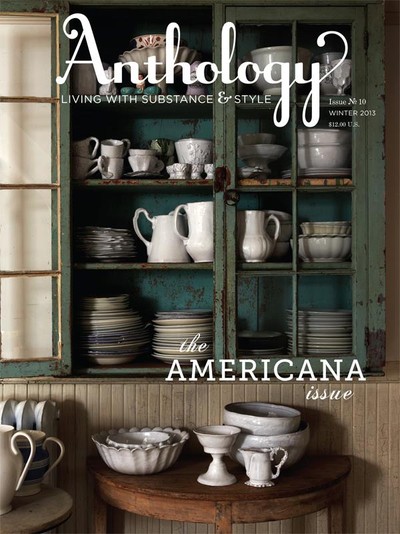 For our tenth issue, we focus on the notion of Americana.

In our Conversation, we chat with Janie Bryant, the costume designer for Mad Men. Our travel dispatch focuses on the historic and modern appeal of Philadelphia. Warm up this winter with our cozy, skillet dishes. An Anthropologie executive shares his hobby-turned-second career with us. Learn about a trio of businesses that are still crafting their wares the old-fashioned way. Homeowners in California, New York, Maine, and Massachusetts, open their doors to us. A Brooklyn dinner party is a group effort—with each guest contributing their talents.