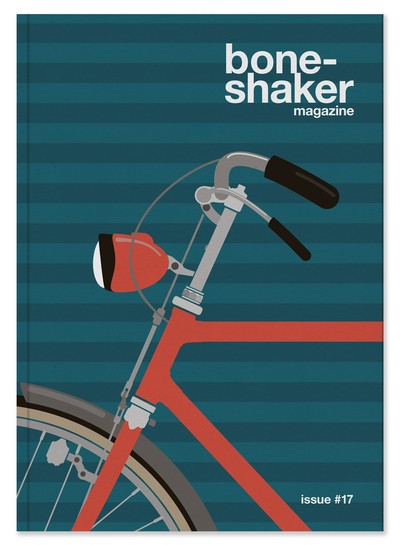 Boneshaker Magazine is a celebration of cycling and the people who do it. Full of articles, personal stories and anecdotes about people and projects doing great things with bicycles around the globe. 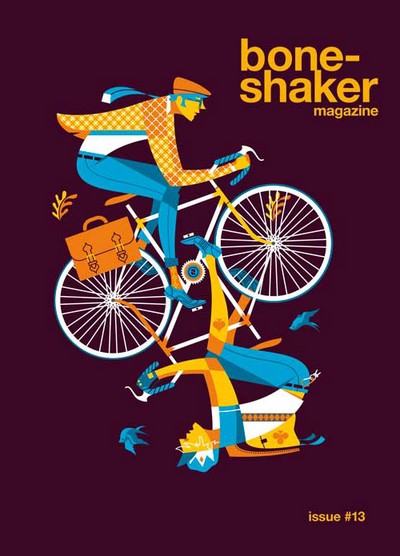 Another perfect-bound beauty, in which our intrepid writers are found riding mythic mountains and tickling cycling’s counter-cultural underbelly, taking a spin around the world’s smallest velodrome, following a girl as she raced her visa allowance across China, considering the emotional power of potholes and meeting a man who’s building a recumbent crocodile… Cover design by Jeremy Slagle.