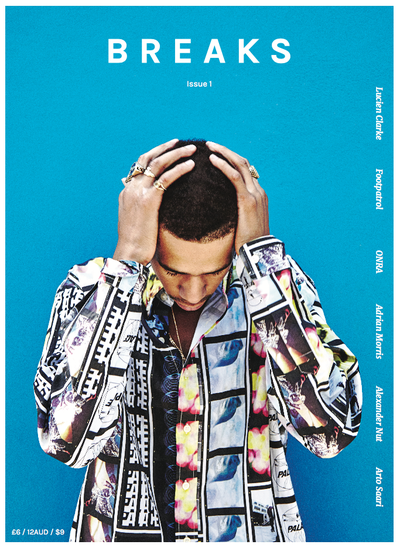 Breaks Magazine is a quarterly publication inspired by the people who take risks, stick to their guns, follow through with their ideas and keep working even once they've had their big break. It's a magazine about not being content with the daily grind, and finding inspiration in people who have refused to follow the crowd. We seek to uncover the true stories about the people we are intrigued by the most and to create something that highlights the individuals making positive strides within their industry but also something that could be thrown in your hand luggage on that weekend trip. Combatting the culture of being overly precious about any piece of print media that's been released since the dawn of the internet.

There’s none more intriguing than cover star Lucien Clarke. We spent the day with the Supra/Palace/Supreme skater as he showed us around his neighbourhood, explaining his opinion on the UK skate seen as is and the importance of family over everything else.

Aside from Lucien, issue 1 also features;

Discussing the state of the sneaker industry with Footpatrol. Arto Saari behind the lens. Onra: Interview. A weekend in Barcelona with photographer and illustrator Adrian ‘Mowgli’ Morris. Photo editorial with New York’s own, Lexdray. Alexander Nut: Interview.