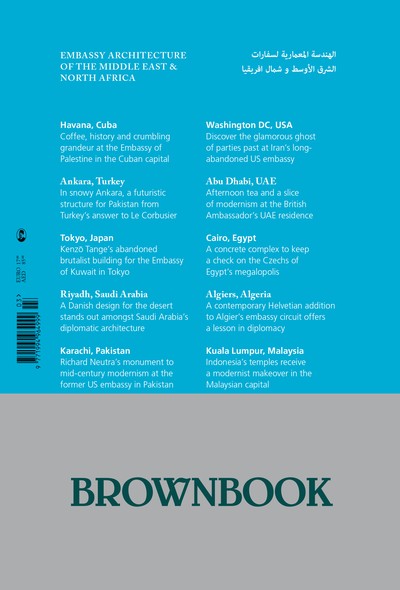 “Embassy Architecture of the Middle East and North Africa”

For this year's annual Design Directory, Brownbook surrendered to a frisking and bowed to bureaucracy at 10 embassies across the globe.

Whether Arabic coffee in Havana or cream tea in Abu Dhabi, the architecture of diplomacy is creating cultural hybrids in embassies both in and of the region.