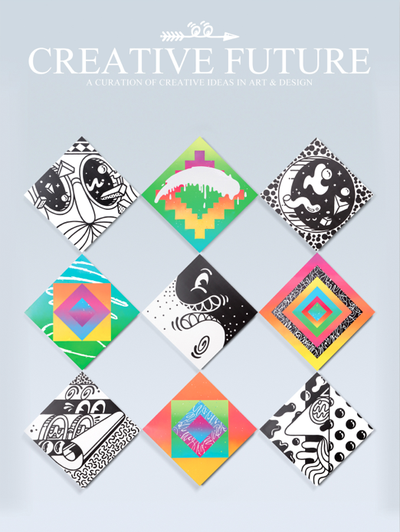 Striving to push new boundaries within the multidisciplinary parameters and practices of art and design, Creative Future is an ongoing art project and independent publication seeking to educate, inspire and lift creative spirits within. Founded in September 2011 by 20-year-old design student and artist, Christian Andersen, The Creative Future Project is still solely run and operated by him today. With quality, artistry and craftsmanship in mind, Creative Future is not another art and design magazine, but instead curation of creative ideas that comprises an extensive array of artistic disciplines within creative realm. 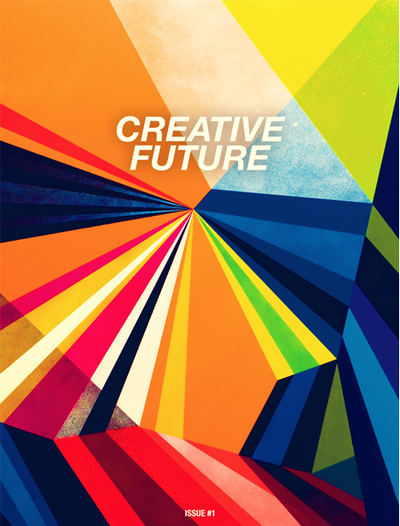 In this first release of Creative Future we’ve teamed up with graphic designer and illustrator, Matt W. Moore of MWM Graphics. Matt W. Moore is arguably one of the most inspiring graphic artists today and with his enormous portfolio, consisting of collection upon collection of beautiful and well done mural designs, paintings and illustrations, Matt has accomplished very successful things throughout his career so far. Matt W. Moore is especially known for his use of very high contrast and extremely powerful colors, which is displayed throughout all of his artworks. He’s the creator of the graphic style ‘Vectorfunk’ and now alone owner and boss of the studio he is running in Portland, Maine. Besides featuring Matt W. Moore, this issue also features Matt Alonzo – director, editor and filmmaker, who’s probably most known for his productions for various music artists. We’ve also spoken to Mansions on the Moon, an outstanding music group from the US and Eric Van Den Boom, illustrator and owner of Boom Artworks.

In this first issue we’ve mainly focussed on creating a great balance between professional and amateur artists, as well as balance between the different fields of art. We weighted quality very high and did not only make this a good read, but also an artistic and visual experience in itself.

In addition to this first release, we chose Matt W. Moore to design the cover, as well as a limited and hand numbered poster for Creative Future. All included with the magazine. This issue will focus on the creative side of his work, paying attention to the way he manages to create colorful designs and connect with the masses around the world.

This issue is truly a historic release for Creative Future, not only because it’s the first issue, but also because of it’s an artwork and an artistic experience itself. It’s something we feel very special about, and we hope you feel the same way.