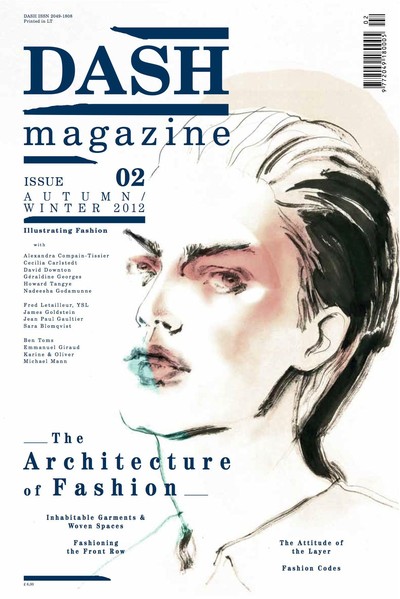 DASH Magazine is the London-based illustrated magazine on fashion and fashion art. Published biannually and distributed worldwide, DASH is aimed at opinion formers of all genders with an interest in fashion and art-related fields. It is its strong focus on fashion illustration – a previously underappreciated art form currently celebrating a vivid comeback – which makes the magazine one of a kind. Visually unique and with in-depth editorial content, DASH Magazine provides seasonal coverage as well as a launch platform for emerging talent from the fields of illustration, photography, the arts and journalism to showcase, and thus gain exposure, for their work. 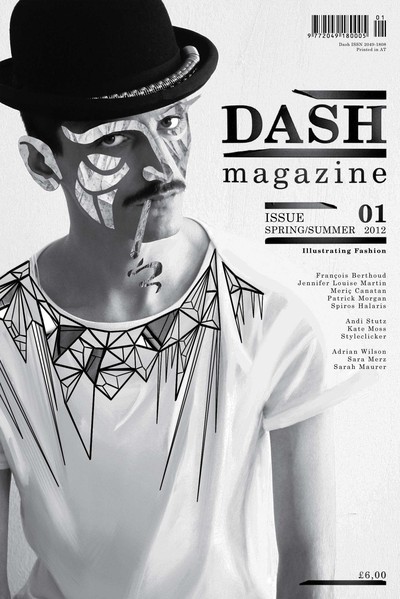 The first issue of DASH Magazine was officially presented on 15th February 2012 as part of the London Fashion Week Calendar and was subsequently met with a glowing response and media echo. It features Kate Moss, François Berthoud, Meriç Canatan, Spiros Halaris, Patrick Morgan, Joseph Turvey, James Forchione and many other established as well as up-and-coming people from the fashion industry.