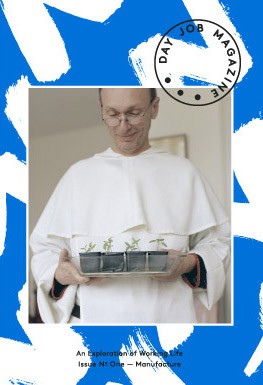 Day Job is a publication for anyone who has ever had a job they've loved, a job they've hated, a life-long calling or a way to make an easy buck. In short, it's about work, a celebration of the everyday ways in which we spend our time and energy. As the inimitable Studs Terkel describes working, "It's about a search, too, for daily meaning as well as daily bread, for recognition as well as cash."