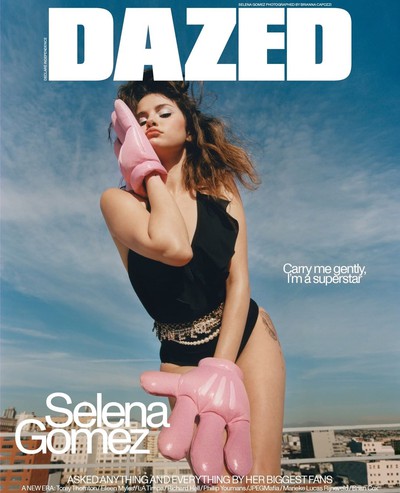 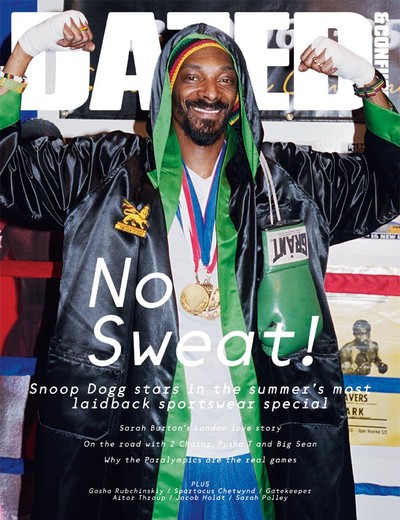 With the Olympics literally around the corner from our office, we decided to send Caroline Ryder to a boxing club to meet sports nut and one of hip hop's biggest players, Snoop Dogg to get his smoked out take on athletics, entertainment and to hear his theory on how pussy can solve the world's energy crisis. To get you in the mood, here's what went down behind the scenes. Read the feature in the new issue of Dazed, out now.

When I met Snoop Dogg he was getting his Dazed cover photo taken by Theo Wenner, son of Rolling Stone magazine founder Jann Wenner, at a boxing gym on the corner of Santa Monica and Vine in the heart of Hollywood. “I like that kid... he’s hungry,” remarked Snoop of the photographer, leaning on the ropes of the small boxing ring. The aroma of sweet sensimilla was never far away.

Snoop was with his entourage, including his hair stylist who has been with him since the old days, back in Long Beach. “We’ve been through a lot of different styles”, she said as Snoop posed for Theo and his team. Right now she’s working on a new look for Snoop – dreads. The G-funk superstar and gangsta rapper is going through a soul transformation, embracing Rastafarianism after several trips to Jamaica this year. Ganja is of course part and parcel of being rastafari—but Snoop Dogg always had that covered anyway. He frequently steps out of the gym, disappearing into the trailer parked outside, to “rest” (roll some fresh ones). When he invited Dazed to smoke up with him, it was impossible to refuse, if only out of respect for Jah.

Smoking blunts with Snoop Dogg is one of those things you dream about as a teenager, and even more surreal when it actually happens. Our super stoned conversation took vast and random tangential leaps, topics of discussion ranging from “pussy as a renewable resource”, his bro-love for Wiz Khalifa, how “Warren G Daddy” makes the best chronic cake, what it feels like getting smoked out by Willie Nelson and the time actor Vince Vaughan punched him in the face, on the set of Starsky and Hutch. Took Snoop by surprise, that did.

“This motherfucker slapped the shit out of me and it was never even a part of the movie,” Snoop recalls, twiddling on the blunt between his fingers. “I wanted to break out of character and sock him in his face, but I stayed down and held and delivered my lines, and the director said cut and everybody started clapping and shit. Man, did he slap the dog shit outta me. My security should have fucked him up… but he become my homeboy after that.”