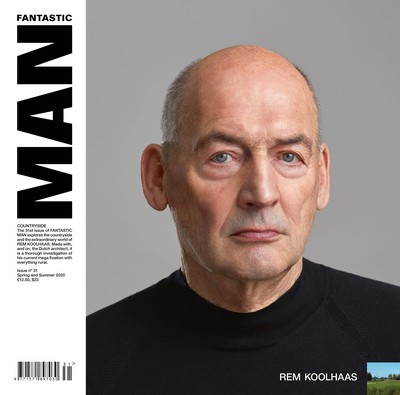 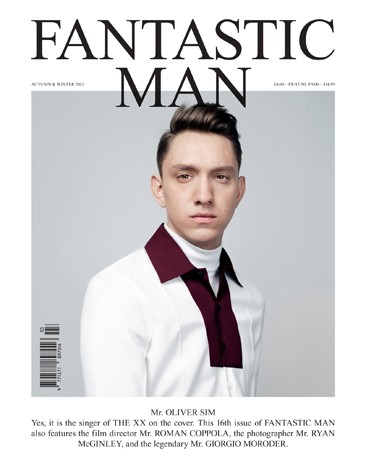 Why yes, it is indeed the singer of THE XX, Mr. OLIVER SIM, on the cover of the 16th issue of FANTASTIC MAN. The confident 23-year-old discusses THE XX’s unprecedented success – permeating every corner of popular culture – as the band prepares for the release of their second album. It is a most exciting time for the most exciting man in popular music today. Of course OLIVER is not the only interesting gentleman in this issue. Also included are the insatiably inventive film director Mr. ROMAN COPPOLA, the flourishing photographer Mr. RYAN McGINLEY, the ravishing musician Mr. HOLLY JOHNSON, the sportive fashion designer Mr. JONATHAN SAUNDERS and the producer of incredible hits Mr. GIORGIO MORODER. FANTASTIC MAN also explores the idyllic countryside and rural felicity of the British Isles care of photographer ALASDAIR McLELLAN, who acquaints us with 21 handsome men in autumnal looks. It’s a blockbuster issue, filled with chic fashions – involving a brief sojourn to the Alps – and voyages into the obscurities of Dutch cuisine, conversations with men at work, the noble pursuit of ironing and a raft of ever-so-popular practical tips.