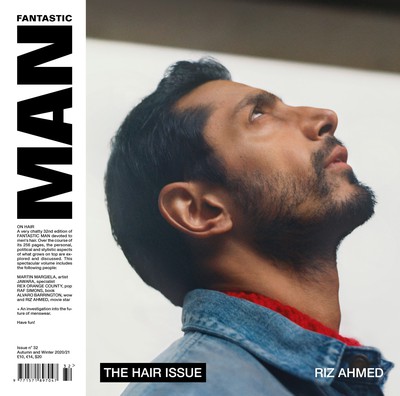 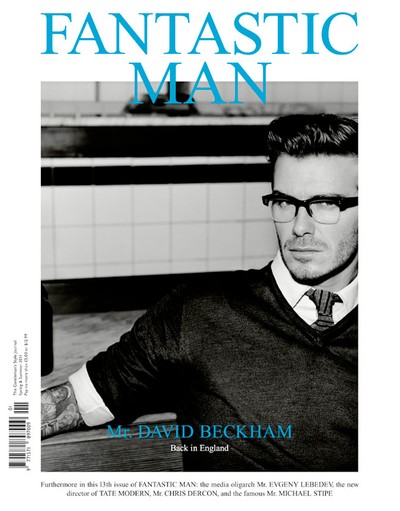 The 13th issue of FANTASTIC MAN, featuring Mr. DAVID BECKHAM on the cover. The British football player discusses his future endeavours, possibly in the world of fashion, and matters such as international diplomacy and his favourite STONE ROSES song. Freshly coiffed care of ALAIN PICHON, he is photographed by ALASDAIR McLELLAN at an East London pie and mash shop wearing LANVIN.