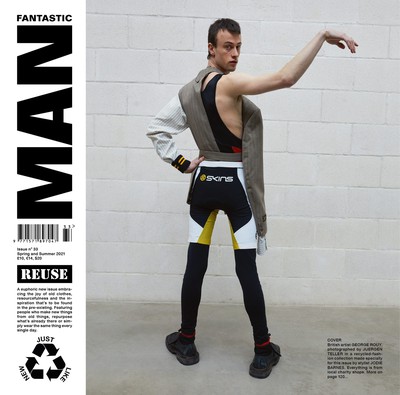 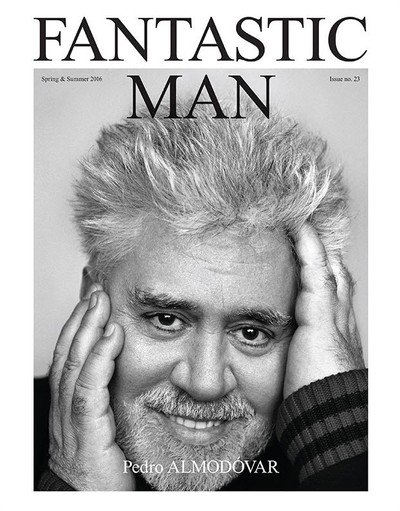 The 23rd issue of FANTASTIC MAN delves into the concept of the home. Gracing the cover is the cherished Spanish director PEDRO ALMODÓVAR, photographed near his home in Madrid by ALASDAIR McLELLAN, in anticipation of his 20th feature film release, ‘Julieta’. Inside, the issue begins with a glimpse into the domestic lives of 7 London-based models and includes profiles on the whip-smart comedian DAVID MILLS, Duran Duran’s captivating keyboardist NICK RHODES and the art market’s tech-whiz CARLOS RIVERA. Moving on, we set off to Scotland’s Isle of Mull to the inspiriting landscape around artist CHARLES AVERY’s studio, to Turkey to visit pop-sensation OMAR SOULEYMAN in his adopted home, to London with journalist LYNN BARBER to visit the charismatic curator GREGOR MUIR and his extended ICA family, to Paris with the American fashion luminary SHAYNE OLIVER of HOOD BY AIR, photographed by WOLFGANG TILLMANS, and to the skies over Los Angeles with real-life rocket man DAVID MAYMAN. Phew! Elsewhere in the issue, a collaboration between the house of REPOSSI and Fantastic Man is revealed on the earlobes of JEREMY EVERETT and photographers MAURICE SCHELTENS and LIESBETH ABBENES capture the multiplex appeal of the tracksuit. We travel to Lithuania where strong man ŽYDRŪNAS SAVICKAS and his friends flex á la mode, photographer BENJAMIN ALEXANDER HUSEBY and friends go clubbing, Austrian model WERNER SCHREYER liberates clothing usually reserved for behind closed doors, the four members of ÅYR collective lounge comfortably in looks borrowed from the upcoming Autumn and Winter collections and actor HOPPER JACK PENN models the many shades of grey.