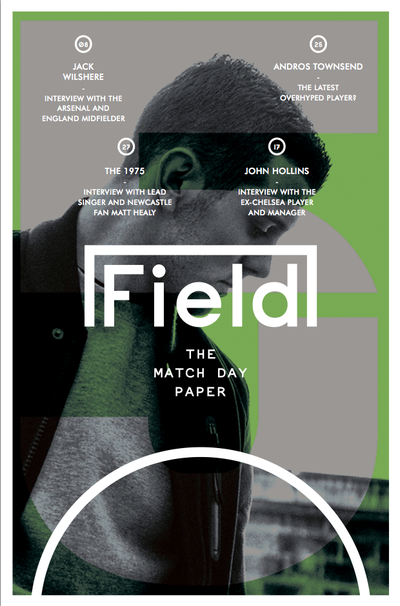 A free magazine distributed at every premier league ground. 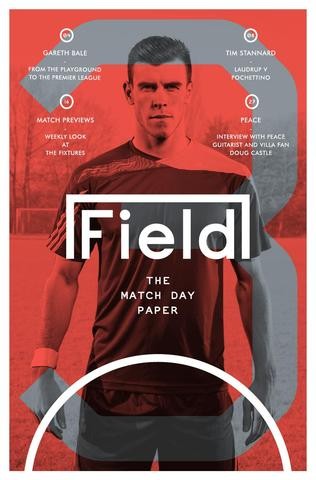 Field #3 featuring Gareth Bale, Peace and a column by Tim Stannard. Field is a weekly football magazine distributed for free at all home Premier League games. Each week Field looks to bring together some of the finest football writers, musicians and players to talk about a shared interest in the beautiful game.