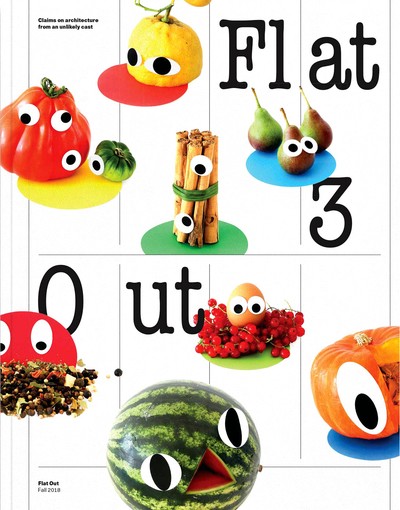 "Flat Out is an independent print magazine that enacts multiple genres of architectural criticism through fifteen recurring, fictitious characters. In each issue readers will find a series of columns—essays, exposés, memoirs, letters, pitches, illustrations, conversations, vignettes, and polemics—authored by a rotating cast of undercover writers and designers. Character portraits by a different artist are commissioned for every issue. 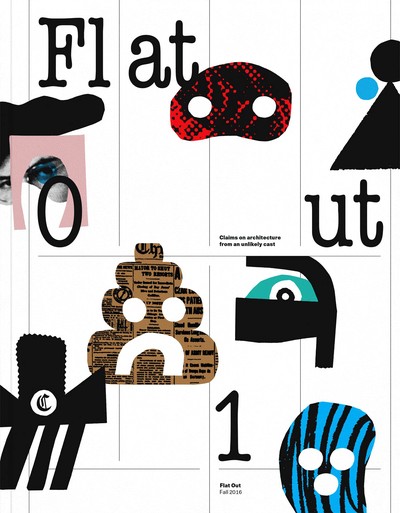 "Flat Out 1 yields unlikely connections between subjects as diverse as lists, numbers, chairs, and death.

In “Dear Renato,” The Challenger writes a letter to Italian architect Renato Rizzi on the darkness of his Shakespeare Theater. The Genealogist, in “Get the Door, It’s Domino’s,” dives into the pizza company’s trophy awards for architects. The Mortician prepares New Brutalism for the afterlife, while The Graphic Essayist fills columns with new orders. In “Easier Done than Said” an editorial board member appears as The Cameo to make much ado about the reception of the inaugural Chicago Architectural Biennial.