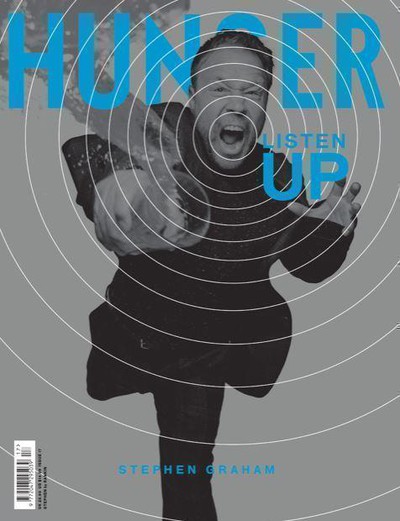 The Hunger is a biannual magazine from photographer and publisher, Rankin. Launched in November 2011, The Hunger was born from Rankin’s desire to celebrate the innate drive that we all possess and that, with a bit of creativity, can be used as an impetus for cultural change. 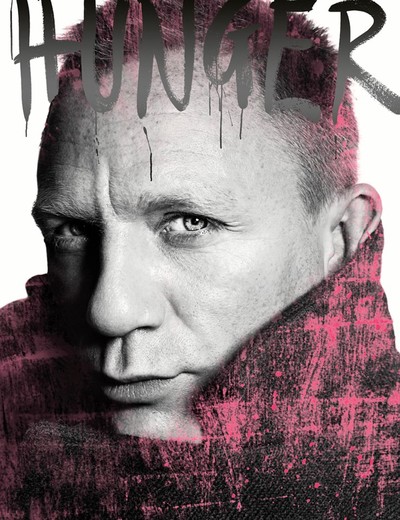 For the third issue of The Hunger, our cover stars are the leads in the new James Bond film Skyfall; Our favorite 007 Daniel Craig and The insatiable Naomie Harris.

Interviewed by Rankin, Daniel he has been shot by Rankin before, at the time of Casino Royale but looking very much how everyone would expect him to. However this time Rankin said he wanted to shoot him for the cover of The Hunger because he ‘wanted to show him in a more unexpected way, and do something intimate and simple, but more creative.’ Daniel Craig is a star that covets his private life, and is known for not embracing the media. He talks openly with Rankin about resisting the media circus of fame and his initial reluctance to take on the role of James Bond because he ‘didn’t want to be thrown into the lion’s den’. He discuss the need for conscious vanity in the world of film and his personal belief that ‘self-awareness is the enemy of most art’, and his hunger for ‘down time with family and ‘the need to get a little normality back into my life’.

For our limited edition hardback, The Hunger choose Heidi Klum, who features in a Bonnie &Clyde inspired shoot, shot in New York and styled by Maryam Malakpour.

Leading our FASHION stories are two shoots from Fashion Director Way Perry; Menswear suiting inspired by 90s deconstruction in its purest form generating key tailoring looks for the season ahead and beyond. The Hunger Autumn Winter 12 Collections story featuring model Hannelore Knuts, inspired by the seasons block colours and a play on patterns in all forms, from embellishment to embroidery.

Anna Hughes-Chamberlain takes the best of London’s new designers, sits them side by side with the London’s established names modeled by the new model faces and the band Spector for one big fashion party.

Amongst the JEWELLERY collection story’s we have featured in this issue of The Hunger, we have also made a focus on jewellery designer Dominic Jones. In our exclusive shoot Dominic and Alice Dellal join The Hunger for a chat about being business partners, how they found their friendship and their joint passion for the Jewellery they create together.

INTERVIEWS & CULTURE are the anchor of The Hunger and in issue three we set out to speak to some of the finest talent available, starting with the stars of Channel 4’s program ‘Strictly Baby Disco’. True stars in their field of disco dance, we showcase these ambitious and flamboyant kids in a shoot simply entitled ‘Disco Kids’. With the costumes being as important as the dance routine, Rankin made an exclusive film available to view at Hungertv.com

The face of TV innocence and the darling of the nations screens, Holly Willoughby makes her Hunger magazine debut showing us she’s more than her on-screen persona lets us believe, all helped with a wash down of tequila filled hipflask she brings on set. Across the Atlantic, Michael Holden meets prolific director Tony Kaye, born and raised in London, at his home in the LA hills. They discuss all things film, his regret at turning down a chance to work with Paul McCartney and his very long journey to get to this point in his career.

From the world of MUSIC we have a cluster of artists showcased in issue three, including; home-grown star Emeli Sande, who talks to The Hunger about her speedy ascent in the music industry, her former path of Neuroscience and how her lyrical dictation is set to crack the US. Tinie Tempah discusses the anticipation of his upcoming second album and growing up listening to non other than Dolly Parton! Always craving the ‘new’, The Hunger meets rising stars Kimbra, a young New Zealand born singer progressively lighting up the radio with her ‘experimental pop’ music, and Charli XCX who shares her interesting musical inspiration lineup which includes an early teen obsession with the Spice Girls.

For our BEAUTY pages we worked with Andrew Gallimore and Linda Ohrstrom. Andrews shoot ‘Out of the Box’ used optical illusion and illustration, using elements of Trompe-l’oeil to change the structure of the face. Linda’s story was based on this autumn’s trends for mixing textures and colours with a darker more sinister side.