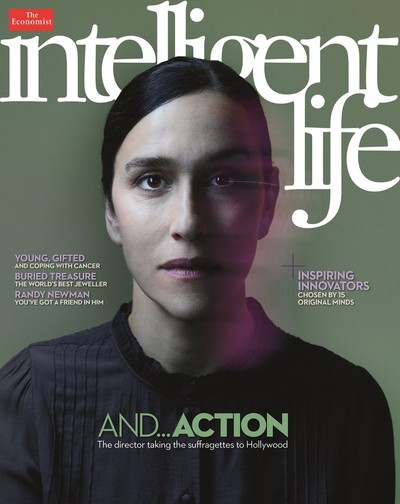 Intelligent Life is a bi-monthly lifestyle and culture magazine from The Economist. It covers the arts, style, food, wine, cars, travel and anything else under the sun, as long as it’s interesting. It shares The Economist’s fondness for crisp prose, dry wit and free thinking. But rather than covering politics and economics, it is about life in general and making the most of your time off, from tailoring to museums, hotels to philanthropy, choosing wine to going green. 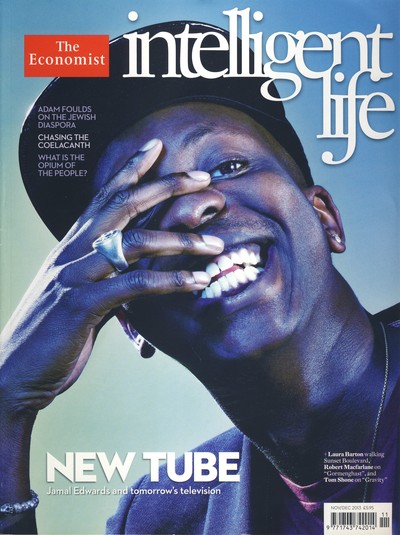 The best things to see and hear in the next two months, from a long-lost documentary about Everest to the new album by Arcade Fire

THE BIG QUESTION On your Marx: what is the opium of the people?

FOOD Eat Their Words: Allegra McEvedy, founder of Leon Lipsmacking: Alex Renton on seafood in Edinburgh My Madeleine: the taste that takes Petina Gappah back

THE MUSIC OF SCIENCE Oliver Morton on lasers, from Bond to beards

A GAME, A GADGET AND AN APP Tom Standage’s latest finds

JEWELLERY Why synthetic is no longer a term of abuse

THE LINE OF BEAUTY The skull through the ages, by Matthew Sweet

MAN IN A SUIT Rémi Babinet, the brains behind the Evian ads

A DIASPORA TALE What does Jewish history mean to a secular Jew who has lived nearly all of his life outside Israel? The novelist Adam Foulds finds out

SCOVER STORY: OUTSIDE THE BOX For many younger viewers, television means YouTube. Ryan Gilbey immerses himself in a new world

THE Coelacanth It’s 75 years since this big, beguiling fish came back to life. And now it is meeting the wonders of genetic science. Samantha Weinberg reports

MUSIC Where do songwriters find inspiration? David Hepworth asks them

AT THE CINEMA Tom Shone on “Gravity” and “All is Lost”

THEATRE The National at 50, by Irving Wardle

SEVEN WONDERS Paola Antonelli, from MoMA, on the places she loves

BACK PAGE LANDSCAPES OF THE MIND with Robert Macfarlane