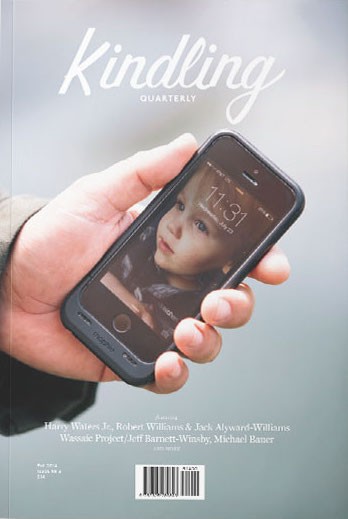 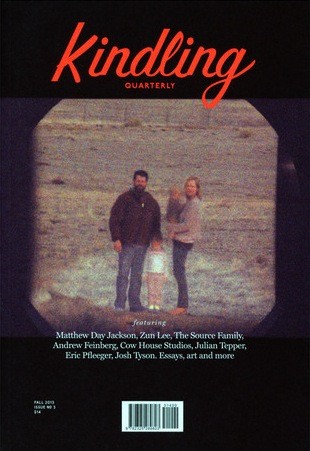 Kindling Quarterly’s third issue features a story on Brooklyn based visual artist Matthew Day Jackson, including images from Commissioned Family Photo (2013, see cover) a photographic series in which the artist took a portrait of his family with one of the original cameras used to capture the Atoll Bikini nuclear tests in 1946. The result is a chilling juxtaposition of America’s military history and family portraiture. Also featured in this issue: filmmakers Maria Demopoulos & Jodi Wille discuss their documentary The Source Family (2013, Drag City Film Distribution) about the eponymous 1970s alternative community and the ‘father issues’ inherent to the film; chef, restauranteur, and cookbook author Andrew Feinberg (Fanny’s, Bklyn Larder, & Marco’s) discusses family and food; photographer Zun Lee shares images from his photo-series Father Figure about African-American fathers and the construction of the absentee father; and we visit artist and educator Frank Abruzzese of Cow House Studios, an artist-run residency program he operates with his wife on a family farm in Wexford, Ireland. Issue 3 also features essays from novelist Julian Tepper (Balls), Josh Tyson, and Eric Pfleeger as well as a discussion on doulas and dads with Carriage House Birth in Brooklyn.