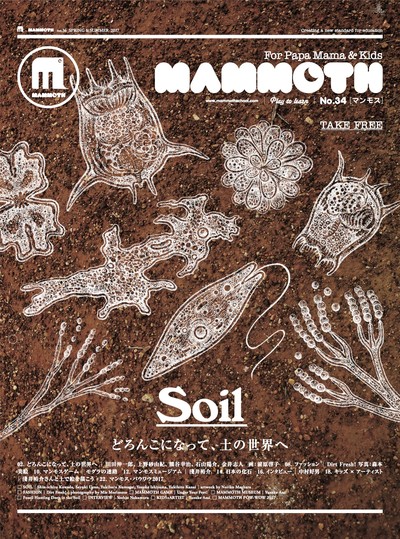 Mammoth. The 'play to learn' kids & family magazine from Japan for Papa, Mama and Kids dedicates issue #34 to people who study the 'SOIL' to learn, heal, grow, and make our world a bit healthier.