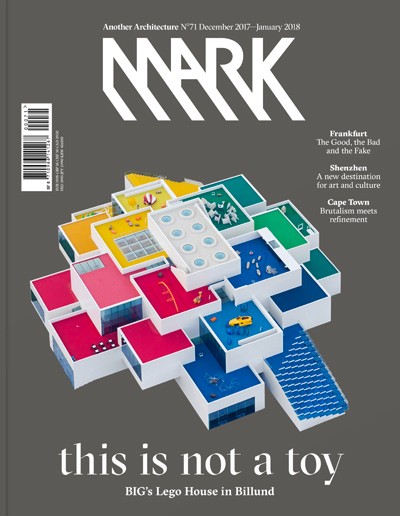 Mark magazine is a platform for the practice and perception of architecture at the dawn of the third millennium. Since its launch in 2005, the magazine has proven to be a timely, visual, non-academic publication full of first-hand information from creative people. Mark has a radically international perspective, shining its spotlight on starchitects and new talent alike. The magazine explores the boundaries of architecture and anticipates the industry’s future. 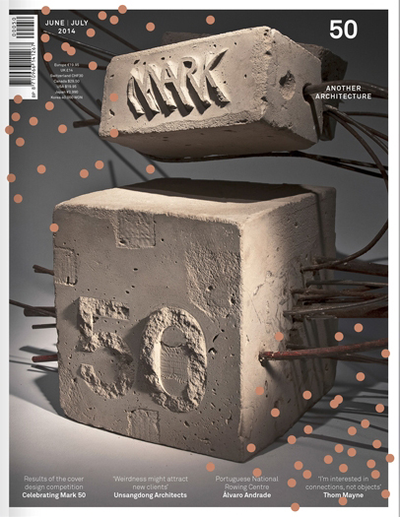 In early February, Mark announced an open competition for a cover design to celebrate the magazine’s 50th issue. No fewer than 540 entries from 48 countries made it anything but easy to single out the best proposal. In Mark #50, the winning cover design by Efisio Nicolò Sabiucciu graces our magazine, with a handful of glittering confetti added for extra oomph. Other entries which made us pause, think or giggle can be found in an extensive jury report (also online). For new readers, we recount a few highlights from the history of our magazine. And while we sit back and enjoy literal architectural eye-candy (or, in this case, cakes) designed for us by Meixner Schlüter Wendt Architecten, Wiel Arets Architects and Atelier Vens Vanbelle, we also revisit a slew of previously published projects in Spain and China to see how they’re faring years after being in the spotlight. Keeping a keen eye on the present has always been the magazine’s hallmark, so after a brief moment of self-reflection, find out everything about Unsangdong Architecs’ urban acupuncture in South Korea, Jun Igarashi’s two different, yet related recent residences and Mamm Design’s insertion of a little slice of Japan into an Amsterdam apartment. We will take a walk through Steven Holl’s striking addition to the now tragically damaged Glasgow School of Art, as well as Morhosis’ Emerson College in Los Angeles, revel in Richard Weston’s crystalline fabric patterns and marvel at Leonardo Portus’ photography of imaginary architecture models. After a weekend break in an off-grid holiday house by Architecture Brio near Mumbai and an active vacation at Álvaro Andrade’s rowing centre in Portugal, we finish with a few literary recommendations by Hans van Heeswijk.