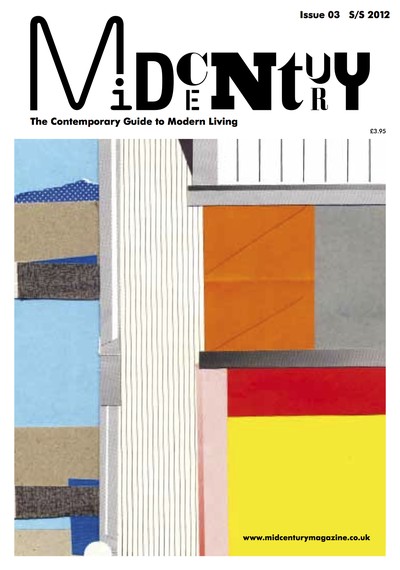 • The story of the poster in the modern Olympic era. • The redevelopment of Sheffield's Park Hill Estate, originally the largest public housing project in Europe. • The contemporary renovation of a special family heirloom: a four-bedroom home on the Dulwich Estate. • A Buyer's Guide to the Hans Wegner Sawback chair. • Queen of British fashion Zandra Rhodes reveals her favourite pieces of modern design. • A travel profile on a rare Robin Spence steel-framed holiday let on the Norfolk coast.