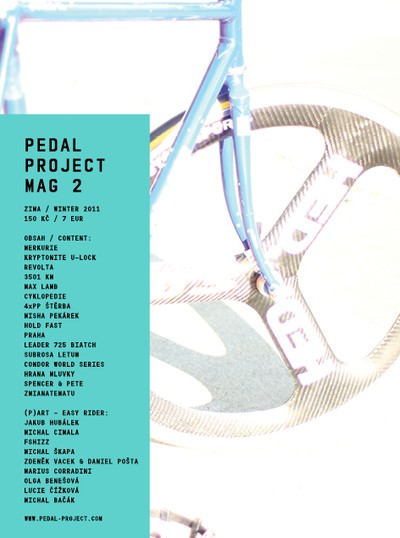 Pedal project Mag is a bilingual (Czech/English) independent magazine not only about bikes with fixed gears. Based in Prague, Czech Republic, the Pedal Project formed in 2010 as a group of various people interested in fixed gear cycling and the creative subculture surrounding it. It all began with a blog and eventually formed into print in August 2011. The design is the work of Jan Kloss and Matěj Činčera. 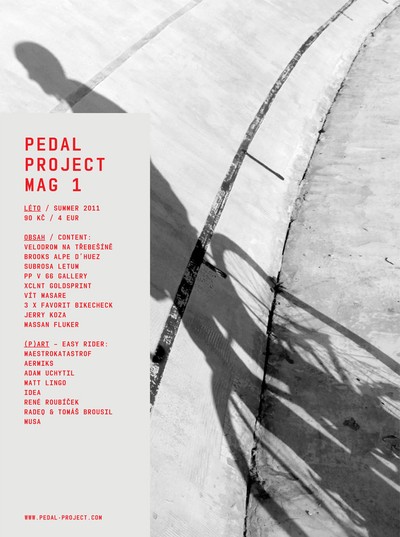 Themes you can find in the first issue: PP exhibition in 66 Gallery or XCLNT Goldsprint reports, 3x Favorit bikecheck, interviews with Vít Masare, Jerry Koza, San Francisco legend Massan Fluker, article about the velodrome in Třebešín, Subrosa contest and lots more. In the enclosed art section Maestrokatastrof, Aermiks, Idea, Musa, world famous glass artist René Roubíček or one of the greatest photographers of the current fixed gear bike scene Matt Lingo. As a bonus a smaller book of black&white photos by Jan Kloss is included. These photos document the period of creation of this magazine as well as the first year or so of the existence of PP.