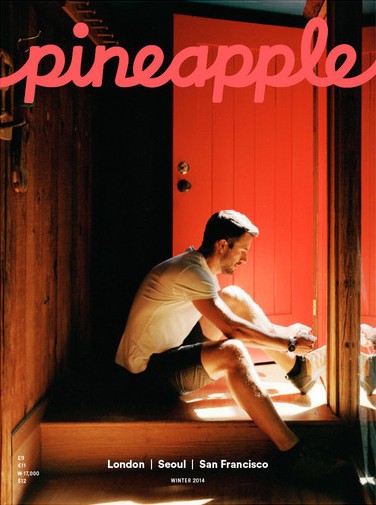 Split in to distinct chapters, Pineapple studies three urban environments: London, San Francisco and Seoul. These cities were chosen for their contrasting visual identities and the incredible cast of characters who have shaped their cultural landscape.

From the group of friends in East London who occupy an old Victorian school building and its grounds— a pocket of true collaborative spirit—to the educationalist in San Francisco who works with 6,000 migrant children across the city each year, bringing them together to read, write and inspire each other. We went hiking in the urban forests of Seoul with a group of pensioners who have discovered a new way to appreciate the urban fabric surrounding them; and beneath the hills in the city's Gangam-gu district we spoke to the artists taking up residence in 28 slick-black converted shipping containers, their art pushing the boundaries of the digital and virtual worlds.