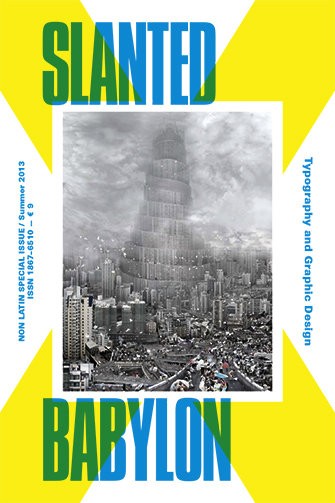 Slanted BABYLON deals with Non-Latin typefaces and be released at Granshan Non-Latin type conference in Bangkok (TH) in the end of July. Besides essays, interviews, a photographic science-fiction story and non-Latin typefaces which illuminate the theme, there is also a number of new Thai TypoLyrics in the magazine. These are also part of the touring exhibition TypoLyrics which takes place in Bangkok from July 20th to August 18th, 2013. Read more at http://designyoutrust.com/2013/08/slanted-non-latin-special-issue-babylon/#qzru5PAol4fB12hH.99