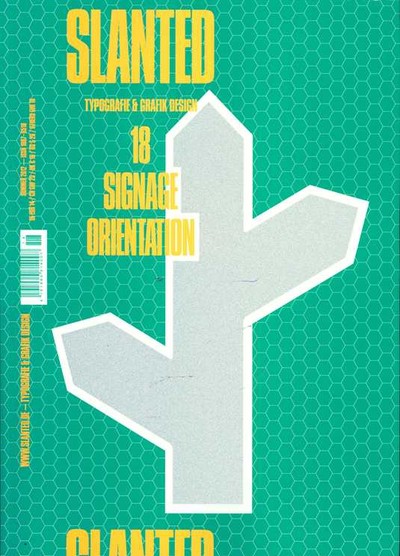 Signage / Orientation focuses on the ups and downs, the lefts and rights, the stops and go's, the Kiss+Ride and many more. Featured are many extraordinary wayfinding and orientation systems with different levels of complexity and relevant Typefaces. We are pleased to present a number of readable essays, reports and interviews. The photo collection Departure/Arrival (thanks to Ken Johnston, Historical Corbis NY) shows stars, such as the recently deceased Bee Gee Robin Gibb, in airports. Naturally, in the context of the wayfinding system. The Airport Series by Terence Chang (San Francisco, US) shows the take-off and landing distances traveled by planes, how they are seldom seen. The eight page fold-out cover of the new issue shines with traffic sign colors and reflective particles – thanks to elaborate screen printing with reflective paint – incident light.