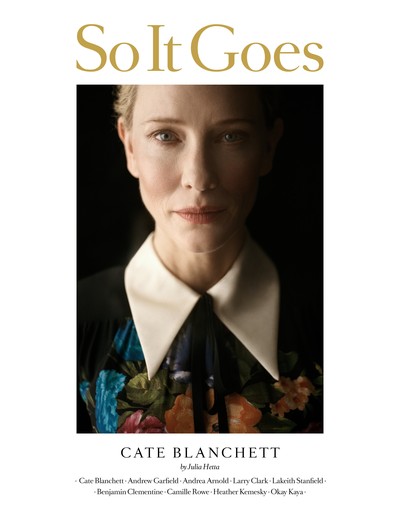 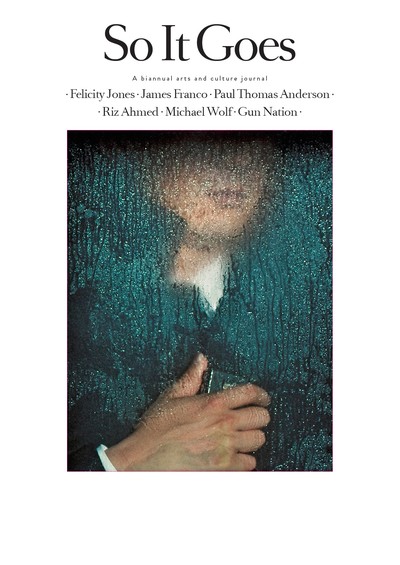 The debut issue of So It Goes starts with a bang. An exclusive piece of non-fiction from James Franco follows interviews with the biggest rising screen star of this year Felicity Jones, the king of cult British cinema Michael Winterbottom and The Reluctant Fundamentalist and Four Lions actor Riz Ahmed. A giant of photography Michael Wolf contributes to the artist section as well as a fascinating dynamic voice of photography in modern China, Yao Lu.

More than just an arts magazine, this newsstand launch issue of So It Goes will have exclusive reportage in its Writers section. They explore the dark arts of the US gun lobby in ‘Gun Nation’, expose today’s murky world of espionage in ‘Game of Shadows’ and tell the story of the ‘Last of the Circus Folk’.