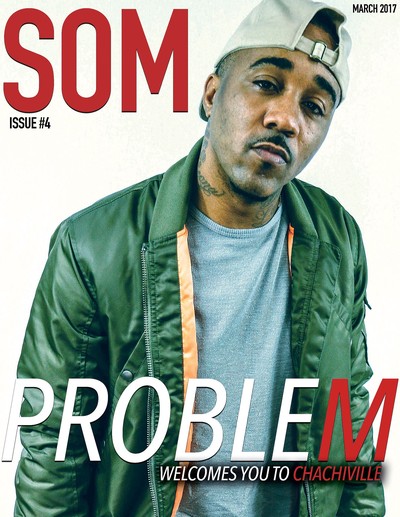 From his independent mainstream success Problem, has become quite the talk lately as he begins releasing new music and features surface on a new Mike Will album Ransom 2. Problem kicked off 2017 giving his fans a new mixtape (Chachiville) and one-stop online shop for videos, music, lyrics, merchandise and more (www.chachiville.com).

This year Problem’s hit single “My Squad” became the LA Rams team anthem; along with so many other squads across the nation so he called on Todd Gurley and other #Ramly to be part of his official video for the track. Rueben Wood recently caught up with the west coast artist to about some new music and other projects he has been working on!