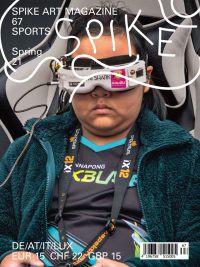 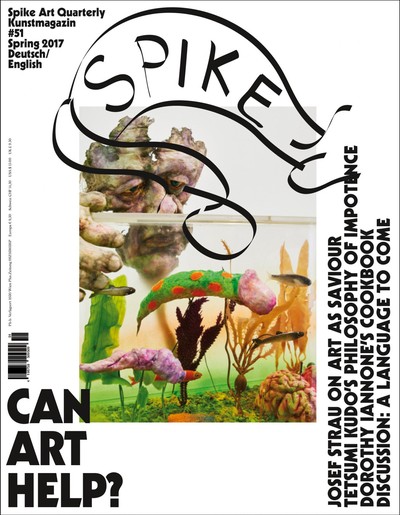 "The power of art and its social role are the subjects of a roundtable discussion with curator Chus Martínez, artist Michaela Meise and philosopher Dieter Lesage at Spike Berlin. Josef Strau talks about how art saved him, while Kenny Schachter finds it both a remedy and a defence. Daniel Baumann delves into the promise of form, and for the critic Jan Verwoert a key function of art is that it teaches forms of conduct. Profiles on the painter Dorothy Iannone and her connections to Fluxus, and the Japanese artist Tetsumi Kudo and his “philosophy of impotence”, are joined by pieces taking on the decline of the supermodel, the Netflix series The Crown, Jimmie Durham's retrospective at the Hammer Museum, and much more."