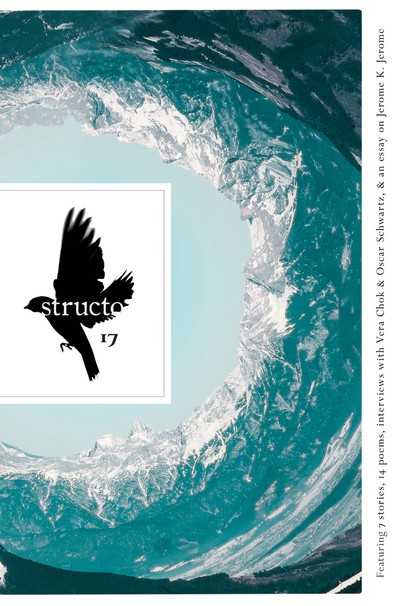 Structo is a British literary magazine. Twice a year we publish the best new short stories and poetry from all around the world alongside essays, and interviews with some of the most interesting authors working today. We print writing we love, which often tends towards the slipstream end of things. 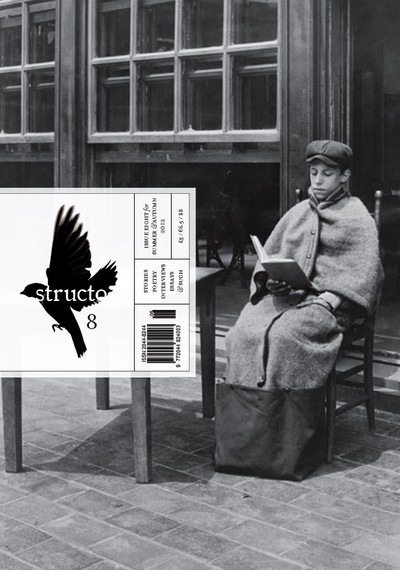 This issue features 12 short stories, 14 poems (two in translation), three interviews (authors Kim Stanley Robinson and Steven Hall, and the co-director of The Institute for the Future of the Book, Chris Meade) and an essay about writers getting confused about just who the hell they are. This issue marked the transition of the magazine from tabloid newspaper print to perfect-bound print.