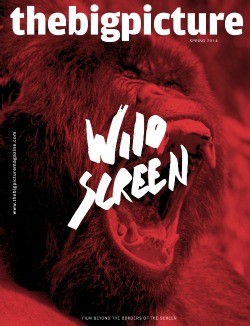 The Big Picture is the visually dynamic film magazine that goes beyond the borders of the screen to reveal cinema's unique power to entertain, inspire and connect to each and every one of us.

'Wild Screen' is the theme for issue 22- the Big Pic takes a look at the role of the animal kingdom in film. We unveil the new feature, Music Matters, as Neil Mitchell takes a plunge with the theme tune from Jaws, we have 1000 words on King Kong, the Pink Panther makes a covert appearance and Rob Beams peers into the reel world of everyone's favourite dinosaur attraction, Jurassic Park.