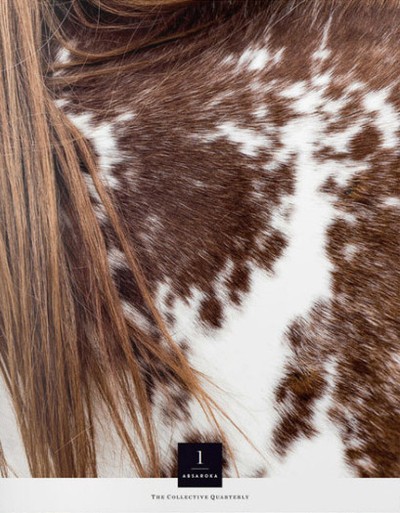 This is a magazine about creating.

“A lot of people come here to hide,” clothing maker Angela Devine told us during our visit to Livingston, Montana. It was a partial reference to the surprising list of celebrities who have squirreled themselves away in the tiny railroad town throughout the years: John Mayer, Michael Keaton, and Jimmy Buffet, to name a few. But it also revealed something about the region’s less famous residents, like the actress-turned-activist who played Lois Lane in four Superman movies. Or the all-knowing, elderly gentleman who collects old saddlery in the basement of his bookstore. Or the writers, fly fishermen, hunters, and introverts who just need to get away.

This slice of Montana is dominated by the Absaroka Mountains—a name that means “children of the large-beaked bird,” which is what the Hidatsa people used to call the Crow Indians who lived here in the Yellowstone River Valley. Throughout the past century the region has lent its name to a torpedoed US Navy steamer; a short-lived secession movement that would have seen parts of Montana, Wyoming, and South Dakota become their own state in the 1930s; and now this issue of the Collective Quarterly.

John Steinbeck wrote in his road trip classic Travels with Charley that “Montana seems to me to be what a small boy would think Texas is like from hearing Texans.” Others have fondly and passionately declared Montana to be “The Last Best Place.”

We came to find out why.