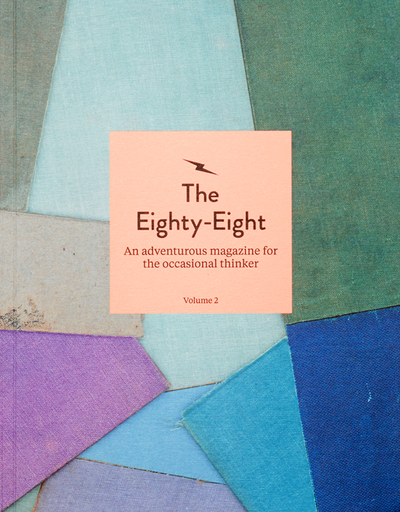 An occasional magazine for the adventurous thinker. Essays, stories and pictures curated by Jamie Cullum.

Volume two features esteemed contributors such as authors Evie Wyld and Rebecca Hunt, artists Matthew the Horse and Sergio Membrillas, as well as appearances by Professor Green, Stella Creasy, Sophie Dahl and Ben Folds. With high production values and timeless content by the freshest and brightest writers and artists, The Eighty Eight is something to proudly display on your bookshelf or coffee table.