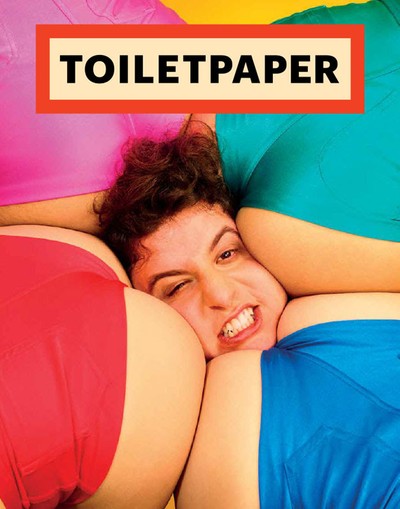 Toilet Paper is an artists' magazine created and manufactured by Maurizio Cattelan and Pierpaolo Ferrari, born out of a passion/obsession they both cultivate: images. Each picture springs from an idea, often simple, and through a complex orchestration of people it becomes the materialization of the artists' mental outbursts. 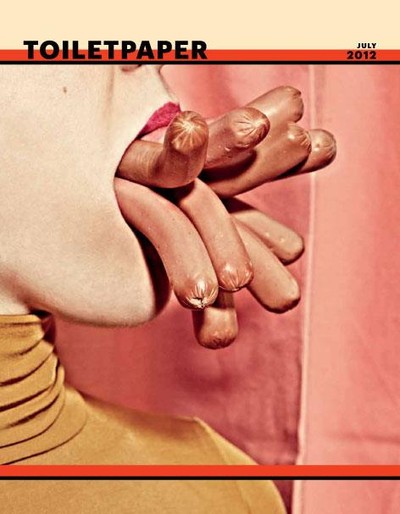