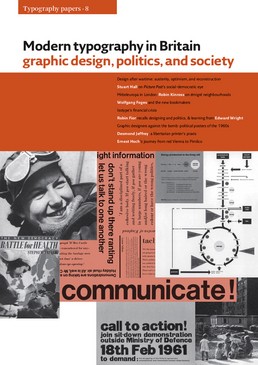 This occasional, book-length work is edited and produced at the Department of Typography, University of Reading, and is now published by Hyphen Press. It publishes extended articles on its subject, exploring topics to the length to which they want to go. Its scope is broad and international, its treatment – serious and lively. 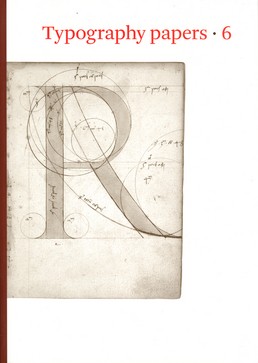 This issue focuses on the reconstruction and reinvention of the classical letter in Italy in the fifteenth and sixteenth centuries. It includes a previously unpublished article by the late Nicolete Gray. This reproduces, in 26 full-page illustrations, an unsigned and undated (late fifteenth century) manuscript of an alphabet of capital letters, presently in the Newberry Library, Chicago, and provides the first analysis of this important document. Other articles here are the first English translation of the late Giovanni Mardersteig’s seminal essay of 1959 (‘L.B. Alberti e la rinascita del carattere lapidario romano nel quattrocento’), and James Mosley on Giovan Francesco Cresci’s formative influence on the form of Western handwriting, and hence on typefaces, and on the inscriptional capitals which appeared on new buildings in Rome between 1585 and 1590. Paul Stiff contributes a piece on ‘Designing public letters in fifteenth-century Florence’.