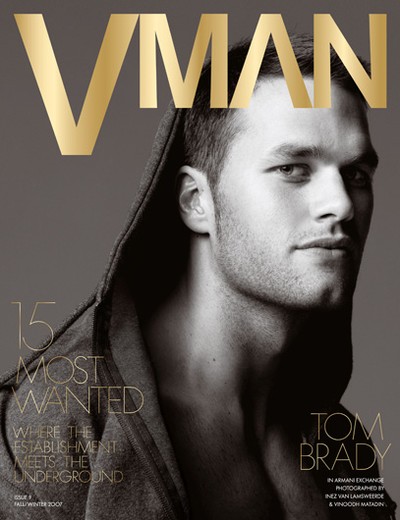 FEATURES Billionaire Boys Club Impulse purchases you need to make. Pay no mind the price Cash Flow Sometimes the wallet matters just as much as what’s in it A Man for All Seasons Roxy Music’s Bryan Ferry has been a style icon for longer than most of us have been alive. How does he do it? Face Off VMAN’s got a product for every face and coif under the winter sun Motorhead Checking in with Italian auto scion Lapo Elkann’s wild cars News The latest in fashion, art, tools, cars, music, guitars, cologne, bikes, and books A Day in the Life Of… DJ Mark Ronson and singer Akon It Ain’t Me, Babe Director Todd Haynes explores six sides of one Bob Dylan Cutters Aussie rock group Cut Copy brings the dance to the floor Starting Over London band Editors wants to cheer you up with a little anthem about death Gazed and Confused The British shoegazer sound is back, so hide behind your bangs like it’s 1991 Black Magic Photographer David Benjamin Sherry’s photos are too haunting not to be real Weekend Warriors Creative geniuses by week, macho sportsmen by weekend Marc by Marc Designer Marc Jacobs makes beautiful fashion. Now he makes his body beautiful too Hottest Teams of Winter Four U.S. national teams are tearing up the snow (and ice) King of the Sails Big boats and seasoned sailors owned the day at the Louis Vuitton Cup last spring Ninja Fashion Masked warrior looks rule the runway and your closet Channing Tatum Model-turned-actor Channing Tatum sheds his pretty boy rep and readies himself to take over Hollywood History of the Male Supermodel Supermodel may mean a hot woman these days, but once upon a time a dude could also hold that title See You Next Season! A backstage peek at the runway looks you’ll be wearing come spring VMAN Funnies A new installment of Paul Pope’s exclusive VMAN New York comic saga COVER STORY The Making of a Male Supermodel With a manly face and a muscular physique, David Gandy may just be the 21st century’s first supermodel FASHION VMAN Checklist By Luke Irons Hair to Stay By Alasdair McLellan Rebel Rebel By Steven Klein Stars in the Snow By Sebastian Faena Men in Uniform By Sølve Sundsbø Come as You Are By Hedi Slimane Death in Venice By Will Davidson Daytrippers/Night Shift By KT Auleta Tough Love By Alasdair McLellan All American By Hedi Slimane VMAN’S 15 MOST WANTED Tom Brady He’s the best quarterback in the NFL, dates Gisele Bündchen, and is a nice guy to top it off. He’s the perfect VMAN Rupert Friend Actor Hugh Dancy Actor Ben Whishaw Actor Novak Djokovic Tennis Player Mathieu Crepel Snowboarder Jim Sturgess Actor Brian Joubert Figure Skater Lee-Hom Wang Pop Star/Actor Miguel Abellán Bullfighter Elias McConnell Actor Mike Skinner Rapper Andy Gillet Actor Roberto Bolle Dancer Jamie Dornan Actor