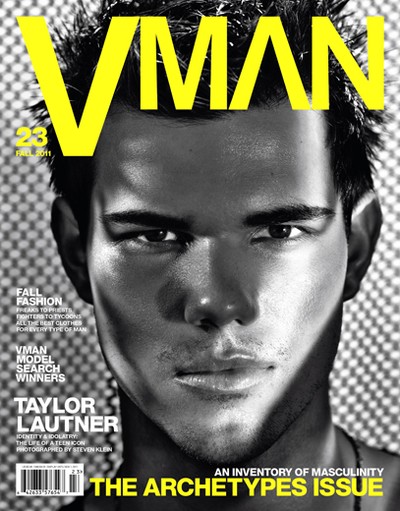 CHAPTER ONE: THE FRESHMAN An athlete, a gallerist, and a solo musician perched on the precipice of their careers CHAPTER TWO: THE GROOMER Clothes might make the man, but the right products make him that much more CHAPTER THREE: THE INFORMER Fall into fashion, furniture, and phenomenal French synth-pop CHAPTER FOUR: THE PICKPOCKET How do you identify an icon? His signature style can be seen in his stash CHAPTER FIVE: THE LEATHERMAN Urban armor is reborn in black leather CHAPTER SIX: THE HISTORIAN Lawrence Schiller has documented decades of cultural heavyweights against the backdrop of American history CHAPTER SEVEN: THE IDOL BY STEVEN KLEIN Taylor Lautner may have international success and adoration, but what has it cost him? CHAPTER EIGHT: THE FIGHTER BY CEDRIC BUCHET Model Rock Ji pays tribute to the legendary and lethal Bruce Lee CHAPTER NINE: THE FREAK BY SØLVE SUNDSBØ Hurtle headlong into the darkness of Fall with the season’s most hell-raising fashion CHAPTER TEN: THE NARCISSIST BY SEBASTIAN FAENA Many dive into mythic male beauty for inspiration. Then again, some drown CHAPTER ELEVEN: THE UNDERCOVER BY JOSH OLINS Nothing protects the mystery of man like Fall’s heavy coats, in colossal proportion CHAPTER TWELVE: THE HEARTTHROB BY HEDI SLIMANE Meet nine of Hollywood’s new kids on the block CHAPTER thirteen: THE TYCOON BY DAVID ARMSTRONG With roles as the Greek God Zeus and the third Musketeer, Luke Evans proves to be one great Scot CHAPTER FOURTEEN: THE WARRIOR BY DANIEL RIERA Miami Heat point guard Dwyane Wade wages war on the court CHAPTER FIFTEEN: THE LOVER Beauty may be in the eye of the beholder, but true romance is captured through the photographer’s lens CHAPTER SIXTEEN: THE EVANGELIST BY ANTHONY MAULE From the pulpit to the pavement, Fall menswear is on a patrician mission CHAPTER SEVENTEEN: THE CONTENDERS BY STEVEN KLEIN VMAN and FORD Models team up again for our fifth male model search