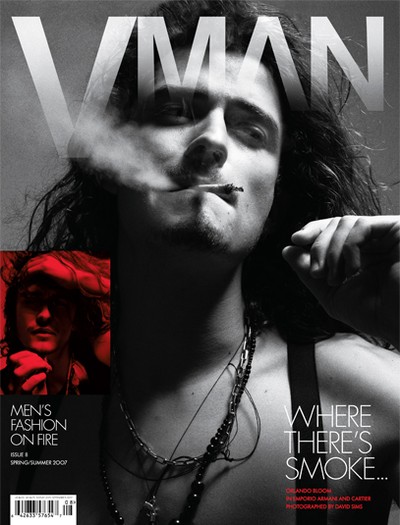 VMEN Jamie Burke Is the new face of Calvin Klein and the front man of his own rock band Sam Riley Plays the legendary Ian Curtis in a new film about Joy Division Melvil Poupaud Brings a bit of a French playboy’s flair to American cinema Patrick Wolf His genre-breaking music inspires the next generation of angst-y cult fans The Horrors Has torn up the music world with its shows; here comes the album Jack Huston Comes from Hollywood royalty, but now he’s breaking out on his own Chris Evans Is undoubtedly heartthrob material; he’s also a serious talent FEATURES News The latest in fashion, art, technology, and design A Day in the Life Of… Singer Jake Shears, jeweler Evan Yurman, art-bar entrepreneurs Drew Heitzler and Justin Beal, and hip-hop producer Will.I.Am Mellow Gold Easy-listening tunes of the ’70s are back at the forefront of music Disaster Art Tragedies like tornados, plane crashes, and tidal waves sometimes inspire great art Water Power Get wet with the American Water Polo, Kayak, Rowing, and Swim teams Body by Tyson See how a model at the top of his game maintains the perfect physique VMAN Funnies Illustrator Paul Pope gives us the inaugural strip in our very own comic soap opera COVER STORY Orlando Bloom In film after film the handsome actor proves he’s more than a pretty face FASHION VMAN Checklist The head to toe of Spring fashion. Photographed by Luke Irons 9 to 5 with Mario Testino A workweek with one of fashion’s most renowned photographers Greatest Hits The hottest looks from the Spring collections. Photographed by Terry Tsiolis The Fall Guy Furs, warm gloves, and a preview of what’s to come this autumn. Photographed by Willy Vanderperre Shoulder Your Own Suits with shoulder pads and an emphasis on layering define a new male silhouette. Photographed by Richard Burbridge Cliff Hangers A subtle sheen in nature and on fabrics lends summer suits a new lease on life. Photographed by Will Davidson Summer Whites The coolest of whites makes for the perfect summer look. Photographed by David Armstrong Spring Training Four of the season’s hottest menswear collections take the field. Photographed by Simon Procter Military Man Be all you can be in army tailored shirts and jackets. Photographed by Nathaniel Goldberg Shipshape Bright, graphic sportswear is perfect for an intense day of summer sailing. Photographed by KT Auleta Mean Streets The now look is early ’90s and masculine. Photographed by Alasdair McLellan Young Americans Four young, New York–based menswear talents explain their inspiration. Photographed by Chad Pitman The Boys of Costa da Caparica, 1989 Hedi Slimane shares an early trace of his aesthetic with photos from the beaches of Lisbon