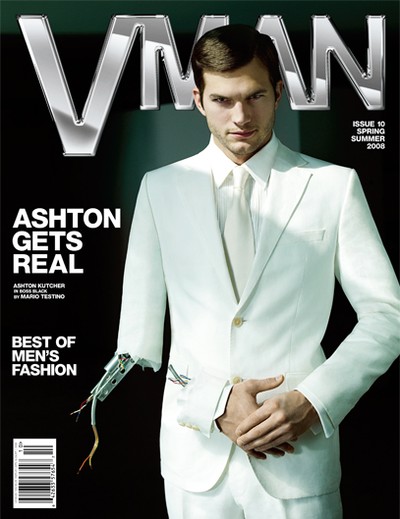 FEATURES Sweet Keith No one’s lived, rocked, or played harder than Keith Richards Luke Grimes Rocks L.A. The small town boy is conquering Hollywood and taking no prisoners Rafi Gavron Gets Serious He’s 18 years old, but the young London actor is wise beyond his years Zane Lewis Makes Art Bleed How better to explore cultural obsession with pop icons than by slicing into their images and letting the paint spill out? Alfie Allen Takes (It All) Off The brother of hit songstress Lily has a handful of screen roles under his belt, as he takes to the stage Steven Strait Fights for Heartthrob Status A former model, this young actor is ready to be a star, and, with the lead role in 10,000 B.C., he is poised to become one The Right Stuff Kanye West, Christopher Bailey, Kim Jones, Kevin Federline, Andre, Chauncey Billups, and Ingo Wilts give us the rundown on their favorite shoes, gadgets, products, and more Inside Job Take a private tour of creative director Trey Laird’s office and actor Justin Theroux’s house A Day in the Life Of… See how stylish business titans David Lauren, Matteo Marzotto, and Alan Faena manage their busy schedules Down the Road A first look at the future of Audi’s street legal, eco-conscious, superpowered racecars Rabbit Season Meet Playboy’s favorite photog Arny Freytag. And then meet his girls News From flippers and flip flops to bulletproof tuxedos, 24-carat gold specs, beer gear, and so much more. Stuff your life with it Trunk Show Strip down and suit up—but just a little suit will do. It’s time for a swim, and this season, skimpy is in Oh, Boyd Boyd Holbrook used to be most famous as a model. No longer. As his acting and art career rise, he shares a recent series of intimate Polaroids At Home With Spending a nonworking day with big-time male models Ambrose Olsen and David Gandy Workout by Andrés Spanish fashion face Andrés Segura shares a few tips for achieving a model’s physique Extreme Outdoors This summer, climb up a rock face, dive off a cliff, paddle some rapids, or jump out of a plane King of Speed NASCAR photographer Dozier Mobley shares rare images of Dale Earnhardt and the sport in its smashing heyday New York Giants Faces making waves at Wilhelmina, Ford, Public Image, DNA, and Major Luke Pritchard Plays for Pain The multi-platinum-selling, hard-partying British rock star is inspired by love and by loss. Photographed by Nick Knight Jamie Campbell Bower Covers Up Tattoos and talismans tie this young British actor to his past roles. Photographed by Nick Knight The Love Songs of Louis Garrel He’s had the sexy and French markets cornered for a while. Now this triple threat proves that singing’s in his arsenal too. Photographed by Hedi Slimane Go Out Fast Olympic swimming dynamo Ryan Lochte readies for Beijing. Photographed by Bruce Weber VMAN Funnies The third installment of Paul Pope’s exclusive VMAN comic chronicle of the downtown New York high life

COVER STORY “I’m Not Real” Ashton Kutcher may be famous for his joke-around TV roles, but the actor is actually a focused guy with his own particular take on life