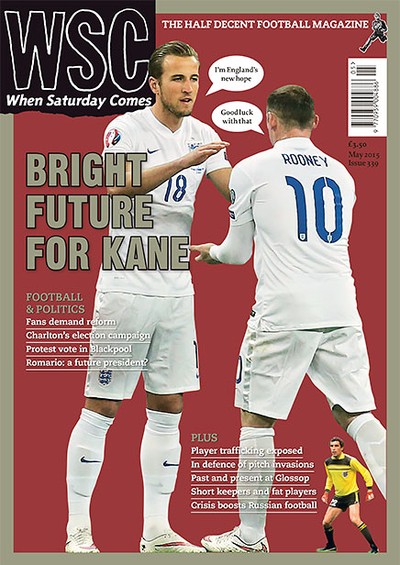 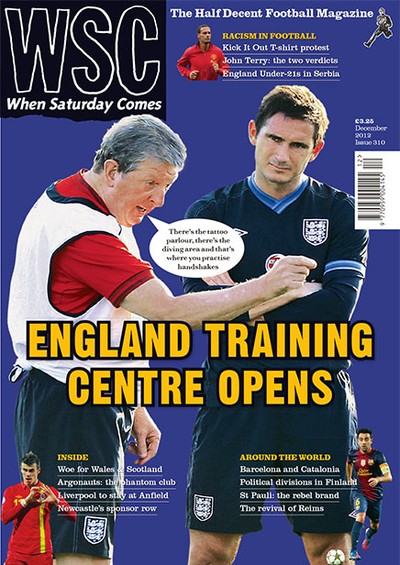 Editorial New controversies about pre-match handshakes make the ritual look ridiculous Sidelines Barnet’s international star; redeveloping Anfield; Non-League Day; St Mirren’s failed fan takeover; school’s out at Everton Shot! Blackfield & Langley visit Hastings with a place in the FA Cup first round at stake Deal breakers Companies with questionable reputations are offering clubs much-needed revenue Jersey sure The inconsistency with which teams choose to add a star to their shirt is baffling Kicking off Kick It Out and Serbia have been used as scapegoats during the racism arguments Unreasonable doubt The FA found John Terry guilty of abuse despite a criminal court saying otherwise Identity struggle The impact of Jewish players and administrators is highlighted in a new book Staying home The World Cup qualifying campaigns of Scotland and Wales are already in tatters Focus on... Football resumes after World War Two Match of the month Football League power continues its move south as Bury visit Crawley Town Reward structure Because sometimes the considerable weekly wage is not quite enough Strange case of... West Ham’s record signing goes on the run Euro view Barça’s independence; Finland’s trust; St Pauli get commercial; Reims return Chasing votes Dick Sloley and the Argonauts Books Va va voom; picture perfect; Fowl play; Mancini’s madness Letters “Can we start a petition against...” Last word Respect is fine but ranting was better