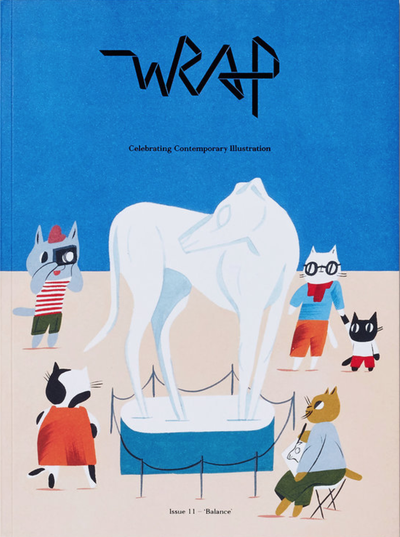 Celebrating illustration, design and creative culture, WRAP is a publication that bridges the gap between being a magazine and a product. Bursting with interviews and features on an eclectic range of creative endeavours and characters, every issue also includes 10 original wrapping paper designs on five pull-out perforated sheets. 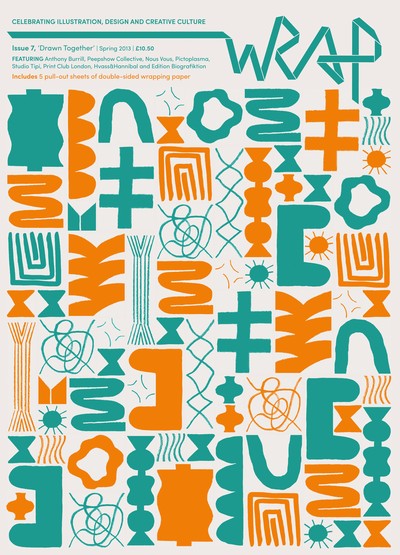 Wrap's spring edition - ‘Drawn Together’, focuses on illustration and design ‘collectives’, celebrating the fantastic things that come from people power! A beautiful and inspiring issue with unique prints on theme by 10 of the most exciting and original illustration collectives of the moment, including Nous Vous (the cover artists), Peepshow Collective, Edition Biografiktion and Hvass&Hannibal. And, as always, the contributors designs come printed on 5 pull-out sheets of wrapping paper – a perfect way for readers to share their favourite illustrations with others.

Inside you’ll also find a host of engaging features including photo-portraits of the team behind Dalton-based screen printers - Print Club London by Lydia Garnett, and graphic designer Anthony Burrill introduces Wrap to the old letterpress printers in Rye that he collaborates with to produce his famous posters.