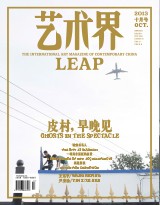 LEAP is the bilingual art magazine of contemporary China. Published six times a year in Chinese and English, it presents a winning mix of contemporary art coverage and cultural commentary from the cutting edge of the Chinese art scene. 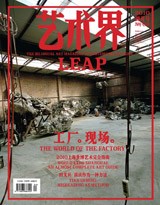 The second issue of LEAP looked at the question of artistic production in a nation known as the world’s factory floor. A group of features examined different scenarios of production, including the porcelain kilns of Jingdezhen, a high-tech sculpture factory situated in a village on the outskirts of Beijing, and the studio of artist Zhan Wang, which has given way to a parallel business fabricating public art for clients around the world. The issue also included a guide to the art projects included in the Shanghai World Expo, an interview with leading 1980s critic Peng De published in collaboration with the Asia Art Archive, and a portfolio of project proposals submitted by leading artists to the Beijing Youth Daily on the theme of “construction” in 1994. The top section includes a look at Wang Jinsong and Song Yonghong’s groundbreaking two-man exhibition of 1990 and another at Tommy and Dee Dee, a 1953 children’s book about the differences between an American and a Chinese boy. In the bottom section, find reviews of 14 shows including CAFA’s “Sixty Years of Drawing” and Xie Zhiliu at the Metropolitan Museum of Art.