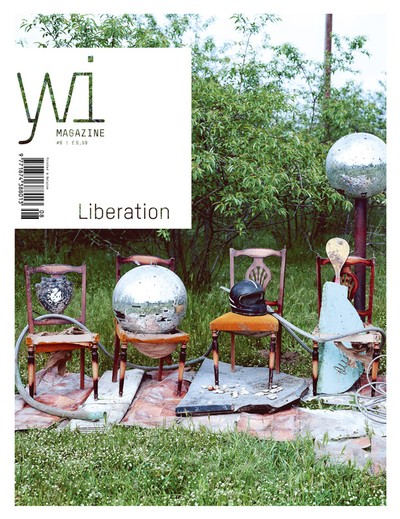 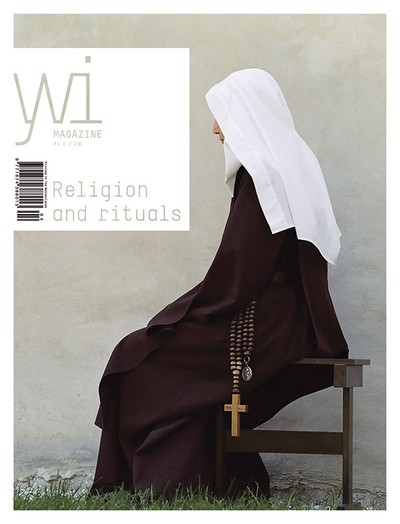 Yvi Magazine’s fourth issue is about religion and rituals. We generally understand religion as one of the many forms of interpretation of the search for meaningful associations and understanding, whereby a central higher power or supreme being is usually involved. In a broader sense, the word religion refers to a more general form of spirituality, feelings and thinking about the meaning of life. Religion is a human phenomenon whose origins are found in the consciousness of the self. The individual human being sees himself as a solitary being amongst many others, born in a world from which, through the development of his own consciousness and power of thought, he can step back and distance himself. With the help of religion, mankind tries to reconnect with the other and with the world, and tries to offer an explanation for this chasm.

This issue of Yvi is therefore about mankind: the different experiences of faith, our public and often obtrusive expressions of belief, the wrestling with dominant religious ideas and regimes and the various rituals that give us something to hold onto during certain events in life.

In Rites of Passage, Przemyslaw Pokrycki lets us to pass along the rituals of the Polish Catholic Church at important life events. Lili Almog has created portraits of nuns at three different Carmelite convents. Soody Sharifi immersed herself in the complex experiences of teenage girls growing up in an Islamic world, with the expectations of Muslim society on the one hand and the influences of Western pop culture on the other.

In the basements of Brooklyn, NY, where voodoo rituals are conducted, Shannon Taggart documented ceremonies passed down from old slave religion that have now found their place in one of the world’s most modern cities. Lisa Ross presents her series on the sacred burial sites of the Uyghur, the Turkic people of Central Asia. In Mega Churches, Joe Johnson photographed the empty interiors of places where mass worship takes place and where this worship has become a business. Stephen J.B. Kelly has created a documentary of the Qi Lihe region in northwest China, where thousands of Muslim migrants, who have formed a strong minority, are trying to build an existence.

In Signs, Peter Granser recorded the ubiquitous presence of Christianity in America. Ben Lowly, in a beautiful series, has investigated the ecstatic experience of faith in America, India, the Middle East and other locations. Through both the visual and the auditive use of water, in The Last Angel, Bill Viola examined the great symbolic ocean from whence, according to Buddhist belief, humanity evolved, and in her personal and highly refined style, Tamara Dean uses light and references to the old masters in order to create her own images of rituals.

Without revealing individual faces, Lorena Guillen Vaschetti presents a gripping series on aboriginal ritual dances. In Actors, Adam Panczuk gives us insight into exceptional rituals that have been performed for generations by Polish folk theatre troupes. The Daughters of Job is the world’s youngest group of Freemasons, made up of girls who are direct descendents of Master Masons. In both portraits and architectural detail, Alison Malone, herself once a Daughter of Job, has recorded images of this secret world