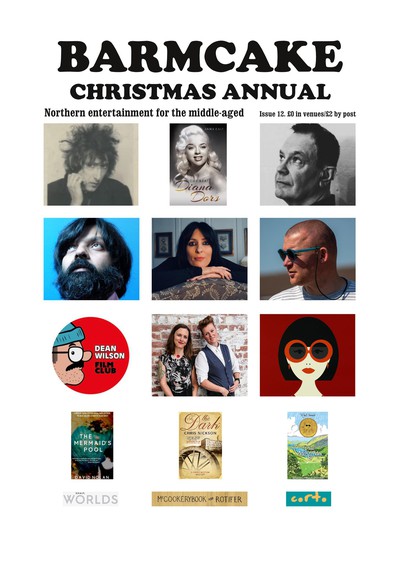 Northern entertainment for the middle-aged. Fed up with style-over-substance magazines? You've come to the right place. 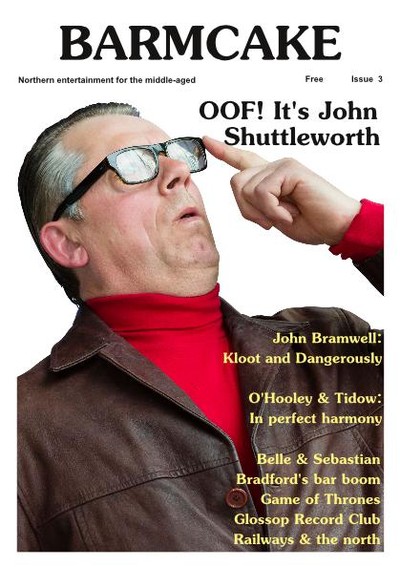 You've come to the right place.

And (unlike most entertainment newspapers, magazines and websites) it's not just aimed at the under-30s.

John Shuttleworth: He may return to Mellow Birds following difficulties with his cafetiere plunger

John Bramwell: The Johnny Dangerously years, his stint as a TV presenter, and why is fed up with the Elbow comparisons

O’Hooley and Tidow: Spellbinding ballads, stunning harmonies, and the beers named after their songs.

Glossop Record Club: the revival of vinyl is a big hit in the town

Bradford’s bar boom: interview with the owner of the Record Cafe on the rejuvenated city and its new bars

Belle & Sebastian: too twee or not too twee? Our greatest pop band or (as Steven Wells called them) ‘pop-hating no-talents’?

Game of Thrones: rating the characters and actors for northernness

The Dean Clough Lego Model: it could become the world’s largest Lego building.

Frank Sidebottom: The latest on the Being Frank film

Memories of the Royal Park pub, Leeds, by Vince Mihill

And: Indie All-Dayer, HOME and The Cornerhouse, Sheffield’s unique Talking Gigs shows, a new book: Wisdom Of Our Own, a play about Gareth Thomas, and listings.