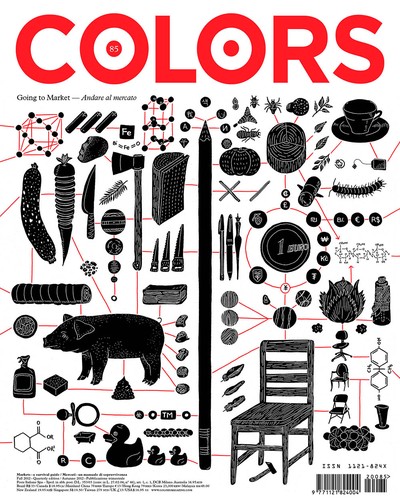 To find our bearings, COLORS has gone to market: from the Alaba used-electronics market in Nigeria to the marriage market in People's Square, Shanghai; from Tirumala Temple’s hair auction in India to a bank that uses cheese as collateral for cash in northern Italy. COLORS 85 - Going to Market is a journey through weights and scales, coins, customers, products and merchants, in pursuit of the invisible thread that links Wall Street to Main Street in one chaotic, irresistible global market.